The world is 4.56 Billion years old with 7.28 Billion people in it, Since the beginning of documentation in time people have been on the planet. Before people, the world was inhabited by animals of a bit  more ‘dominant’ species. Since the catastrophic out take of these species the human race began to evolve and grow.  As us humans grew so did our intellect on inventions and how things are made. Then came the industrialization age. The industrialization age was when us humans made machines that burn fuels to generate and make new things.With all these burning fuels comes the smoke. But, where does this smoke go?

How I see the environment is that it is completely destroyed and it is our fault. I see things how they have been happening. Meaning by this is that all of that smoke stays in the atmosphere permanently trapping us in a heat bubble of sorts. Because we are in this heat bubble the world itself has made a layering of CO2 in the atmosphere above us that, seeing as how gas is invisible, has made the earth’s core and us humans into an oreo of heat.

Now that the earth has become an oreo all that is left is for all of the CO2 not only collected from the beginning of the industrialization era but now and so forth from the cars that everyone seems to have, which also emits CO2, the phones that almost everyone has which emit radio waves into the air, the cigarettes that are not only bad for humans but still bad for the earth, the pollution that gets dumped into the oceans and no one cleans up, the list goes on and on about what is bad for the earth. Yet we still continue to do the things that will end up killing us in the end.

For years people have been talking about the greenhouse effect and how it is changing the world, but no one listened. We only continued doing what we do in every daily basis which we are learned to call ‘life’ but to me Life is not worth living properly unless I know that there is a world for me to be in. With the way we are going and ‘living’ the world we know and “love” will cease to be no more. How I got to thinking this way was because in 8th grade we watched a video in science class on The president talking to the news reporters about how the Greenhouse effect will truly kill us. Ironically no one listened to him. I bet we all wish we did back then, so that way we could help the world we live in instead of being murders and killing it for our own personal gain and pleasures. 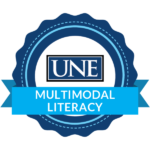